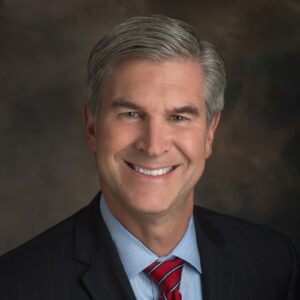 Michael, a resident of Berlin, Maryland, comes to CHM following a sixteen-year career as President/CED of the Atlantic General Hospital/Health System. During his tenure, AGH accumulated impressive ratings and accomplishments, and consistently performed in the top of Maryland Acute care hospitals. A graduate of Old Dominion University and Virginia Commonwealth University, Franklin’s resume’ also includes Chief Operating Officer at Adventist HealthCare Shady Grove Medical Center in Rockville, MD. As a seasoned healthcare executive, Michael’s experience has led to an understanding of the importance of safe and healthy homes in addressing the social determinants of health in a community, and how CHM’s mission can directly affect the health and wellbeing of people in our community. 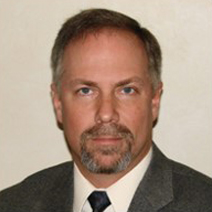 Dave works as a research agronomist for a large private company and has been involved with CHM since the beginning. Having served on 2 Appalachia Service Project teams and on multiple Christian youth retreat weekends known as Chrysalis, Dave has a passion for youth ministries. “It is such a privilege to be part of a ministry that makes an immediate impact for those who cannot leave their home without a ramp. It is also very rewarding to drive past a home where long ago CHM volunteers constructed a wheelchair ramp and to know that years later we’re still making a difference.” Dave has been a CHM Board Member since 2009. 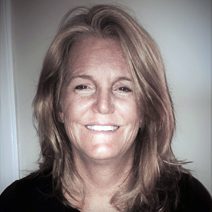 A former high school counselor, Maureen Williams became involved with CHM through her combined love of working with youth and serving those in need. As the program founder and a 15-year adult leader of Trinity United Methodist Church’s Appalachia Service Project Mission Team, Maureen understands the importance of nurturing the concept of service and volunteerism in today’s youth. “It is so inspiring to see the response of our volunteers when they realize the impact they have had on a person and the quality of that person’s life, simply by giving a day of their time, energy and spirit!” Maureen has been a CHM Board Member since 2010. 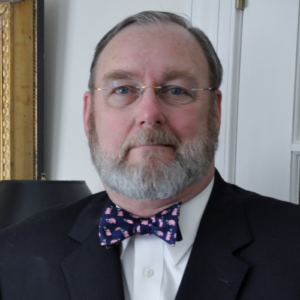 Steve was born and raised in Salisbury. After law school he practiced in Baltimore for seven years before returning home, where he has practiced law for more than 37 years. Steve has served on the Boards of various civic and religious organizations, honing his skills at serving others.  After 20 years travelling with the Appalachia Service Project, he became a founding member and the first President of Chesapeake Housing Mission to extend his avocation of helping others.  He derives great joy and a warm heart assisting in the construction of many wheelchair ramps each year with CHM. 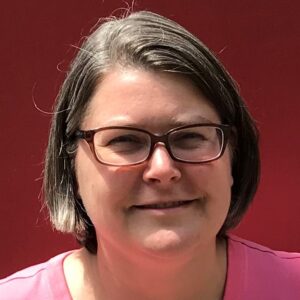 Christina, originally from upstate New York, became an Eastern Shore resident after graduating from Salisbury (State) University with her Accounting degree. After graduation, she worked in Dover for Chesapeake Utilities as an Internal Auditor before joining Perdue Farms in 2001. Christina has held various Accounting roles within Perdue. She obtained her MBA from SU in 2007 and became a licensed CPA in 2016. Christina resides in Wicomico County with her wife, Victoria, and daughter, Phebe. She is a former Girl Scout leader and has recently become a Foster Parent for Wicomico County. Christina attends Asbury UMC, where she volunteers for Vacation Bible School and Appalachian Service Project. Her desire is to ensure that all residents of our area find the support that they need to thrive within our community. Joining the Board is a way for Christina to extend her service to the community while utilizing her professional expertise. 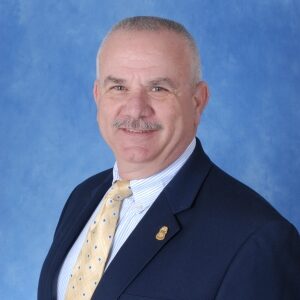 Joe, originally from Long Island, NY, came to Salisbury in 1982 to attend then Salisbury State College.  He is recently retired after spending thirty years in law enforcement.  Joe is a long-time active parishioner of St. Francis de Sales Catholic Church where he is the founder and coordinator of the SFdS Appalachia Service Project. He is also an active member of the Knights of Columbus Council #3489.  Joe has been involved in many builds with CHM and has seen many benefits gained in our community when we lend a hand to our neighbor; “For even the Son of Man came not to be served but to serve, and to give his life as a ransom for many.” (Mark 10:45) 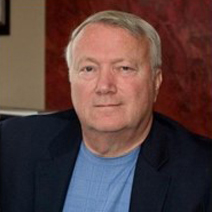 Rick became involved with CHM in 2013 when his church was asked to assist on some projects. “I found the experience to be both spiritually rewarding and personally satisfying – I was able to use the talents and skills I was blessed with to help those in need.” Rick was hooked after the very first project when he saw the look and gratitude on the face of the people helped. “I knew this was something I wanted to stay involved in.” Rick has been a CHM board member since 2012. 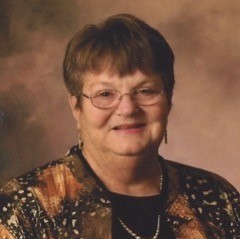 Peggy’s career has been devoted to providing services to older persons and their caregivers. As the Executive Director of a private nonprofit area agency on aging, she worked to expand in home care services for elders living alone and to provide support for their caregivers. She spearheaded the efforts to expand nutrition services such as Meals on Wheels and the senior center meal program. And, she focused on tapping into the skills of retirees who were willing to volunteer to make our community the best place to grow older. Peggy, recently retired, is now one of those volunteers! 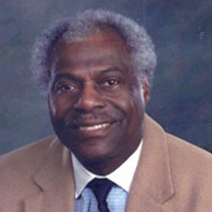 Allen retired from the Wicomico County Board of Education as an Assistant Superintendent for Student Services. Prior to that he served as a teacher, vice-principal, pupil personnel worker, and director of student services. Allen was awarded the 2006 AIMMS Excellence for Minority Achievement Award and the 2007 NAACP Outstanding Service to Wicomico County Students award.

Allen has served on numerous boards and committees , including the United Way of the Lower Eastern Shore, and finds it both rewarding and enjoyable to serve the community as part of Chesapeake Housing Mission. 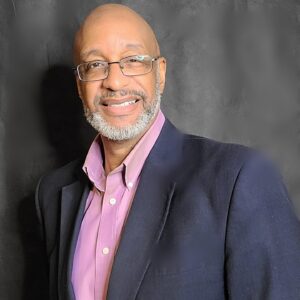 Paul is a former News Anchor at WBOC TV in Salisbury. After a 24 -year career in Television, Paul is currently the President and CEO of the Butler Group, an international Essential Services provider which helps business and residential customers save and earn money on the services they pay for and use every month. Butler is also employed as the Director of Communications for Wicomico County Public Schools.  A Salisbury native, he is a graduate of Wicomico High School and Salisbury University. Paul and his wife Valerie have three adult children. 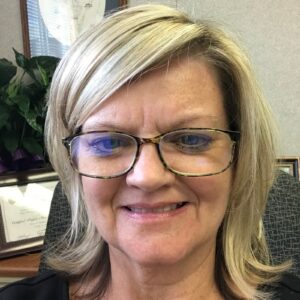 Lori is currently the Vice-President of Human Resources for Perdue Agribusiness (a division of Perdue Farms).  Lori has had a 35+ year career with Perdue and has worked in many areas of Human Resources to include compensation, employee relations, and recruiting.  In the past, she held various positions including President of PTA (Parents/Teachers Association) in the Delmar school district where her two sons attended.  As a native of Delmarva, Lori currently lives in Willards with her husband, John. 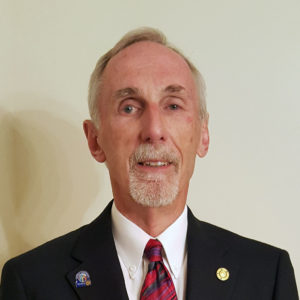 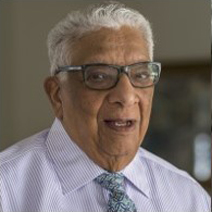 Vernon moved to the Eastern Shore in 1991 after retiring from public education in New York State. During his career he taught in an elementary school, coached both football and basketball on a high school level, and held principalship positions.  He retired as an assistant superintendent.

Vernon has always volunteered in the community where he resides and was chosen as the 2013 Four-Way Test winner by the Salisbury Rotary Club for his volunteer work.  He has served on the Episcopal Diocese of Easton and many other committees and boards in Salisbury and Wicomico County.

Vernon and his wife Audrey have one son, two daughters and eight grandchildren. 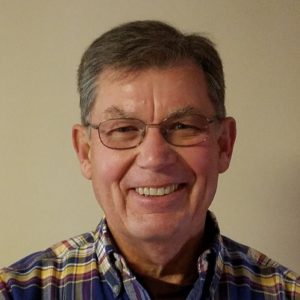 Allen first became aware of CHM as a Board member of the United Way of the Lower Eastern Shore. As a member of the Cambridge Rotary Club. he was a part of CHM’s first build team and saw firsthand the incredible impact a day doing something he enjoyed and doing it with good friends had on a family. When the homeowner pushed her previously housebound brother out on the ramp and into the sunny day for the first time, “I had to walk around the side of the house to prevent embarrassing myself”. Over the years the Cambridge Rotary Club has completed many service projects. “It is fair to say our work on the several ramps constructed is at the top of the list when it comes to a positive sense of accomplishment. An added benefit for any group doing this work is the team building and fellowship enjoyed. It is that message I use in spreading the word to other groups to join us.” 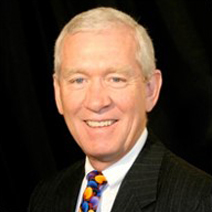 After 20 years of developing a youth Ministry at Asbury UMC to support home repair for those less fortunate in Appalachia, Don along with several other Appalachia veterans, started Chesapeake Housing Mission to serve those in our own area who were less fortunate. “Why travel to other places when your own local people need your help? Our passion for helping others is evident by the fact that we are a working BOD growing an organization that believes that God calls us to help and serve one another without judgement.”